The International Space Station (ISS) gives a 6-member astronaut crew the ability to live and work in low Earth orbit. It is a unique indoor environment, which has served as both home and workplace to over 230 people since the year 2000. In this low gravity environment, smoke does not rise and cookie crumbs do not settle the way they do on Earth, causing aerosols to behave differently and pose unique hazards for crew members. In its existence, virtually the same volume of ISS air has been continuously conditioned and ‘revitalized,’ including the removal of particles by filtration. While gaseous constituents of ISS air are monitored meticulously, the indoor aerosols have only recently been prioritized by NASA. The quantities and types of ISS airborne debris have been investigated in two Aerosol Sampling Experiments. Results of the particle collection and implications for the air quality in future spacecraft will be presented. Further characterization follows in the next experiments, which will take the first real-time aerosol measurements for ISS air quality with a reference-quality instrument, followed by miniaturized instruments. This talk will show the progression of the NASA ‘technology roadmap’ for aerosol monitoring in spacecraft, which extends to longer duration exploration missions in the next decades. In particular, NASA’s Artemis Moon Mission in 2024, and the challenges of lunar dust aerosols will be presented.

Bios:
Dr. Marit Meyer has been a Research Aerospace Engineer in the Low Gravity Exploration Technology Branch at the NASA Glenn Research Center in Cleveland, Ohio since 2010. Her research questions have dealt with aerosols with two main emphases: 1) Indoor air quality in spacecraft cabins, determining the sources, sizes and quantities of particles in the air that astronauts breathe and 2) Spacecraft fire safety, investigating smoke aerosols from the pyrolysis of common spacecraft materials for testing and development of advanced smoke detectors and post-fire recovery equipment. She has been principal investigator and project scientist for four aerosol experiment payloads on the International Space Station since 2016, first focusing on sample return of spacecraft cabin aerosols, followed by her current experiment, which is a reference-quality aerosol instrument for the first real-time measurements of airborne particles in the International Space Station. Marit completed her PhD at Washington University in St. Louis after working in the defense industry for 8 years. She attended the University of Arizona, earning her Bachelor’s degree in Mechanical Engineering and a Master’s degree with an emphasis in fluid mechanics. 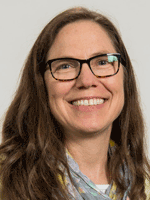 Despite much effort in the past decades, uncertainties in both climate impacts and health effects of atmospheric aerosols remain large. During the last twenty years, aerosol mass spectrometry (AMS) has shown that sub-micron aerosol chemical composition is roughly 50:50 inorganic and organic worldwide, with secondary highly oxidized organics dominating the latter. Parallel application of chemical ionization mass spectrometry (CIMS) has provided the first observation of molecular cluster ions involved in atmospheric nucleation, including detection of highly oxidized multifunctional (HOM) organics in the gas phase. These results will be discussed in the context of their impact on atmospheric aerosols, air quality and climate; from the boreal forest to Chinese megacities.

Douglas R. Worsnop received his PhD in chemistry from Harvard University (1982); was a Humboldt Fellow in Physics at the University of Freiburg, Germany; joined Aerodyne Research, outside Boston, in 1985. Now Vice-President (2000), he also has been FiDiPro Professor of Physics in INAR at the University of Helsinki since 2007. A Fellow of AAAS, AGU and AAAR, winner of the Benjamin Liu Prize for Aerosol Instrumentation (AAAR), the Yoram Kaufmann Award for Unselfish Cooperation in Research (AGU), the Fuchs Memorial Award (IARA) for outstanding research in aerosol science and the ACS Award for Creativity in Environmental Science, he has over 500 publications in chemical kinetics and aerosol chemistry, specializing in laboratory and field studies of the interactions of gases and aerosol particles. 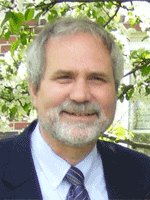 Liquid water is a critically important constituent of the troposphere. At any given time, more than half of Earth’s surface is covered by visible clouds, and cloudiness changes in a changing climate. Aerosol-cloud interactions are critical to processes that govern air quality, radiative forcing and regional hydrological cycling. Yet, persistent uncertainties in these processes limit predictive skill of atmospheric models across scales. Clouds are primary drivers of vertical transport in the atmosphere, moving trace species from the polluted boundary layer to the Free Troposphere. Partitioning of water-soluble gases and their condensed phase chemistry generates particle mass aloft, such as sulfate, water-soluble organic carbon, and organosulfur compounds. Key uncertainties are related to the chemical nature of hygroscopic aerosol that become cloud condensation nuclei (CCN) and their interaction with organic species. Gas-to-droplet or gas-to-aqueous aerosol partitioning of organic compounds is affected by the intrinsic chemical properties of the organic species in addition to the pre-existing condensed phase. Environmentally relevant conditions for most atmospheric aerosol are non-ideal and chemical theory is incomplete. For example, salt identity and concentration, in addition to aerosol phase state, can dramatically affect organic gas miscibility for many compounds, in particular when ionic strength and salt molality are outside the bounds of limiting laws. The effects of inorganic salts on the fate and transport of organic species in the atmosphere are discussed.

Biosketch:
Annmarie Carlton is an associate professor of chemistry at UC, Irvine. She holds B.S. and M.S. degrees in Bioenvironmental Engineering and a Ph.D. in environmental science all from Rutgers University in New Brunswick, NJ. She has worked for the U.S. Environmental Protection Agency and National Oceanic and Atmospheric Administration. Dr. Carlton is a scientific leader of the Southern Oxidant and Aerosol Study and served on the National Academy of Sciences’ panel to write The Future of Atmospheric Chemistry Research. She is a former co-editor of Atmospheric Chemistry and Physics and presently an editor of Reviews of Geophysics. She also serves on the Board of Reviewing Editors for Science Magazine. 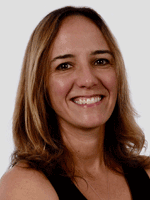 Nanoparticles from Engines: Then and Now

The earliest measurements of engine exhaust size distributions involved manual collection and counting or weighing. Frey and Corn (1967) characterized particles collected from a small diesel engine with an electron microscope. They found them to be very small aggregates with geometric mean diameters ranging from 21 to 62 nm depending on engine load. Vuk et al. (1976) reviewed manual sizing methods focusing mainly on cascade impactors that had poor size resolution in the submicron size range, lumping all particles smaller than 600 nm into a single size bin. Such manual methods were associated with long collection and analysis times. Whitby and Clark (1966) described the first automated, near real-time, instrument for sizing submicron particles. It sized particles by electrical mobility diameter in 12 size bins between 10 nm and 1 m. Whitby et al., (1975) describe size distributions measured upwind and downwind of a California freeway in 1972. They found that nearly all the particles added by the roadway, weighted by surface area, were in the ultrafine range, <100 nm diameter. Reanalyzing their data in terms of particle number shows that more than 90% of the particles added are smaller than 50 nm diameter. In 1975, Wilson et al. (1977) measured particle size and concentration of fresh vehicle exhaust at the GM test track. This work provided early experimental evidence of engine related tri-modal aerosol size distributions.

This early on-road work laid the foundation for measurements of engine exhaust size distributions in controlled laboratory settings at the University of Minnesota. For many years the work focused on improving our understanding the influence engine design, operating conditions, and fuels on particle emissions. However, in the mid 1990s new interest in particle size emerged as a result of a study by the Health Effects Institute (Bagley et al., 1996). This work showed that some new diesel engine technologies reduced mass emissions, which were regulated, but increased number emissions, which were not. This focused attention on measurement of particles in the nucleation mode where most of the particle number, mainly nanoparticles smaller than 50 nm diameter, is found. Since then work all over the world has focused on measurement and regulation of engine generated nanoparticles, diesel, spark, and even aircraft gas turbine.

Critical issues associated with such measurements will be reviewed.

Professor Kittelson has worked for more than 45 years on improving performance and reducing emissions from engines. Current research interests include sampling and characterization of ultrafine and nanoparticles from engines, development of new methods for measuring solid particles, measurement of vehicle emissions using mobile platforms, measurement of performance and emissions of engines operating in advanced low temperature combustion modes, measurement of particles from aircraft engines, development of advanced engine exhaust aftertreatment systems, reducing fuel use and greenhouse emissions from transportation, and production and use of biofuels including biodiesel, butanol, DME, Fischer-Tropsch liquids, ethanol, and biocrudes.

He is a Fellow of the Society of Automotive Engineers. 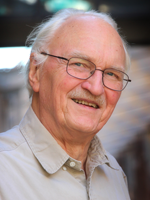 May 1, 2020
Abstract Submission Deadline (no extensions)

This is just a sample…